Have you ever wondered if you're psychic? Do you have premonitions or know things about people that you can't explain?
Do you sometimes feel different to everyone else?
If you want to find out if you're psychic, read on...

We are all born with psychic abilities. As we get older, many people subconsciously block off their psychic intuition. So yes - the answer is that you are psychic, but you need to learn how to hone in to your psychic intuition & know what it means.

Some people naturally have stronger psychic intuition than others. In the same way, peoples' psychic skills lie in different abilities. Some people might know what's about to happen, some might know where a lost animal or object is, others might hear spirits & learn of past or future events. 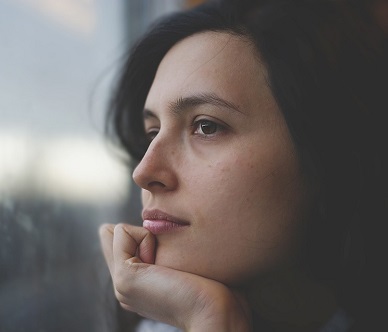 What counts as psychic?

Okay, so sometimes it's just coincidence, but it can't always be coincidence! Believe in your psychic intuition - trust your gut feeling.

Do you have any of these psychic signs?

If you've replied 'yes' to any of the above, then your psychic intuition may be pretty strong!

Mrs H
Mrs N lost her young puppy & phoned all her neighbours to let them know in case they saw it. Mrs H lived 2 miles away & the puppy was less than six weeks old. Despite being so far away from its home, Mrs H couldn't shake the feeling that the puppy was close by. Eventually, Mrs H clambered up & down steep banks by a river with loose soil, risking a fall, but following her instincts. The river was noisy so would over-ride any other noises. After an hour of searching & calling, Mrs H gave up & wandered back along the river, but something made her turn round & have one more look. As she walked along the river by some tall, thick brambles, she called & a tiny head peeked out. It was the puppy. Against all odds, it had travelled 2 miles from home & survived two nights outside on its own. Frightened but not hurt, the pup was safely taken home. Mrs H had no 'known' psychic skills, but just followed her natural intuition.

Mr B
Mr B hadn't spoken to his childhood friend for over 10 years, but he suddenly started thinking about him numerous times a day. After a few days of this, he then had a vivid dream about his friend being in a car accident. He decided to try to find his friend on Facebook, & after much searching through friends of friends, he discovered that his friend had actually been hospitalised after being involved in a serious late night car accident, a few nights before his dream. Mr B travelled across the UK to see his friend in hospital & they have remained in touch.

How to develop your psychic abilites

Developing your psychic abilities takes a lot of patience & practice! You need to take a lot of time out, away from the hustle & bustle of life & really relax & listen to your psychic intuition. Think about whether you think you may have tendencies towards particular psychic skills, such as finding things or connecting with spirits. Concentrate on those abilities, but don't try too hard - you need to stay relaxed. It's all about breaking down the subconscious barriers you have likely built up. Meditation can help. Some people prefer to sit in silence, where as others find calming music helps. Once you've mastered the art of tuning in to your intuition, there will be no stopping you!

Talking to an experienced Psychic can help. Our Psychics are all hand-picked for their genuine Psychic abilities.